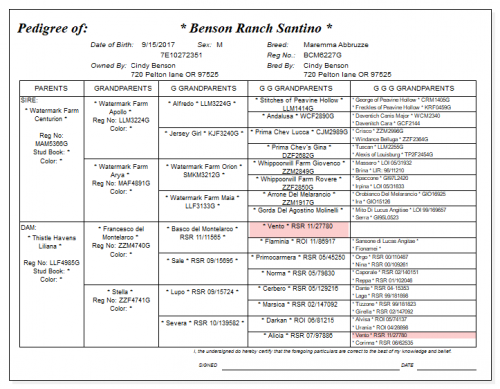 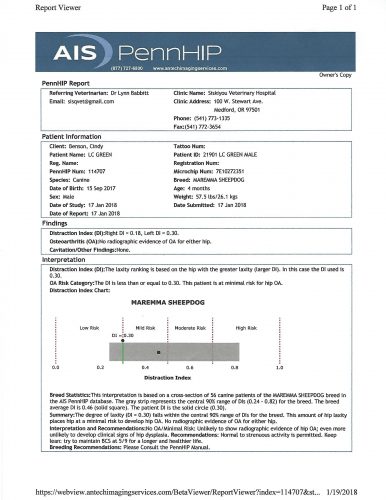 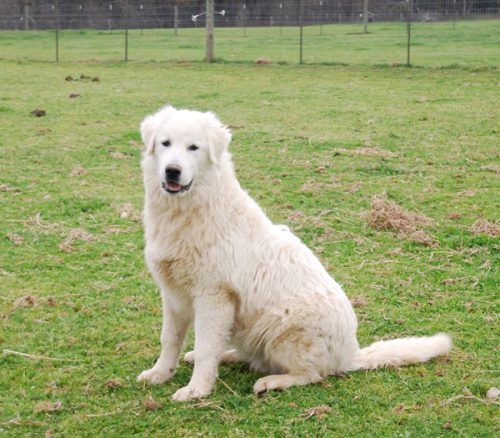 Santino is an interesting pup. He is very intentional – thoughtful. He has been bold and independent right from the start. As you’ve seen I use pet dye to identify my pups. While working on the ranch if I see a pup away from the group working I always go take a look at which pup that is. Most of the time it was Santino. He has a strong work ethic and has no problem being far away from his litter mates and mentor as he works the perimeter of the fields I have given him. He isn’t a super social pup with people and as a mature dog may be discerning with strangers, but he isn’t timid or shy. He hangs back, thinks about the new situation, and then decides if he wants to come up and be friendly or not. I do a lot of leash work with my pups. In the beginning with this I noticed that he was often the last pup to present himself to me, and I wondered if he was timid or complicated. It took me awhile to catch onto that he just sat back and contemplated all that was going on in front of him, and then he would come up at sit at my feet and gaze up at me, ready for whatever I had planned. This is not a pup to be rushed or pushed at. When treated respectfully he rises to the occasion. Santino is a pup I could keep here with me easily. I very much enjoy who he is. 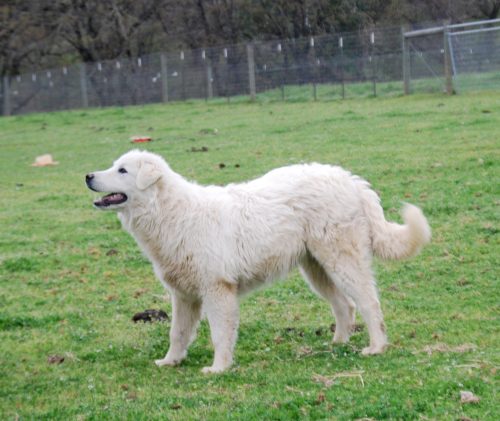