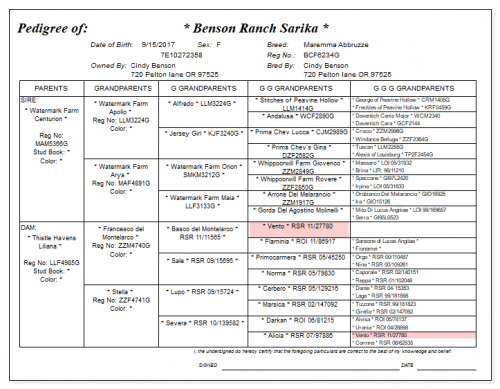 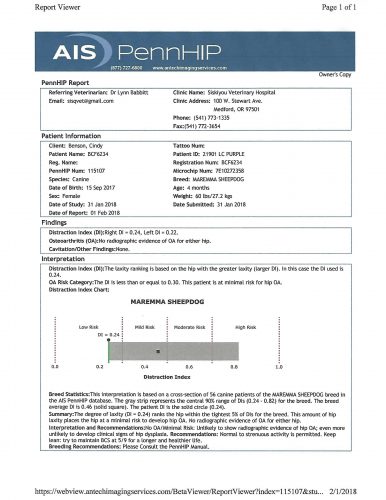 Sarika is a soft, sweet, cuddle of a girl. She has her puppy moments as she should but always dials it back around me and her livestock. Her life partner is a younger male pup who would like to provoke her at mealtime, which I do not allow to happen. Sarika would rather walk away and let him have both bowls than fuss with him. She is so different in temperament from her sister Cameo but I’d be hard pressed to pick a favorite. Their guarding styles are different and the way I will use them on the ranch will be different because of that, especially while the girls are adolescents.