Ezmeralda is one of my favorites. She has wonderful drafty conformation, a sweet attitude, and produces high quality foals consistently. What more could I ask! She is also one of our coveted Circle C Desperado offspring. 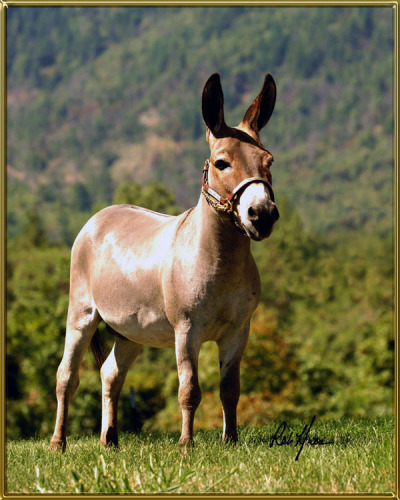 Our herdsire Circle C Silverado is a Desperado son. 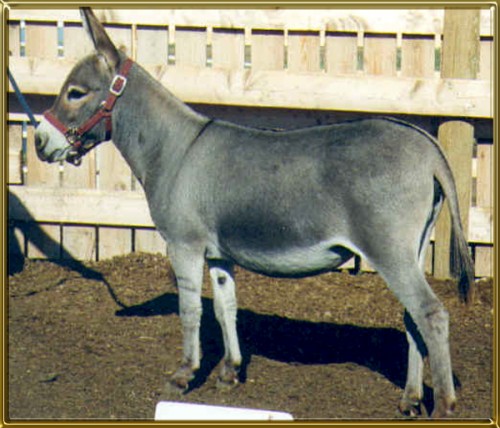 Circle C Forever Diamond II is our other Desperado daughter. 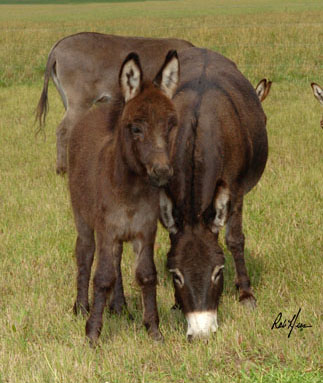 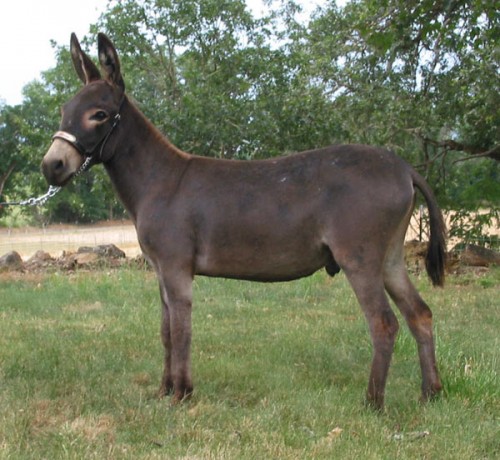 Her 2007 jack foal was gelded and shown as a yearling. His name is Circle C Mackenzie. He brought home three 1st’s and one 2nd out of four shows! We are proud of him. 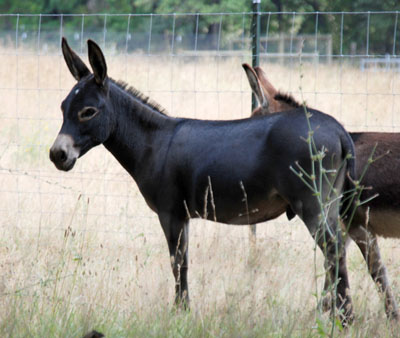 Ezmeralda had a lovely dark black/brown jack foal in 2008 named BR Solitaire. He is beautiful. He will be a wonderful performance prospect. 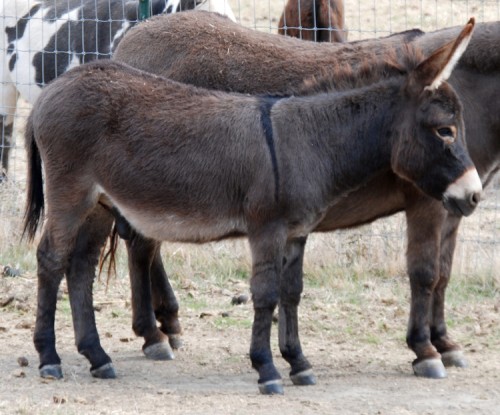 Ezmeralda presented us with a beautiful jack foal by MGF Red Jet in 2010. His name is BR Brown Derby and he is now a herd sire in Kentucky. 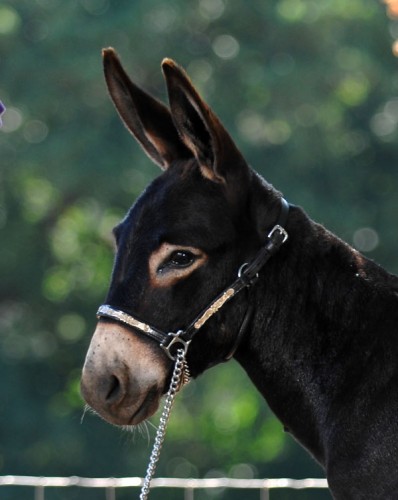 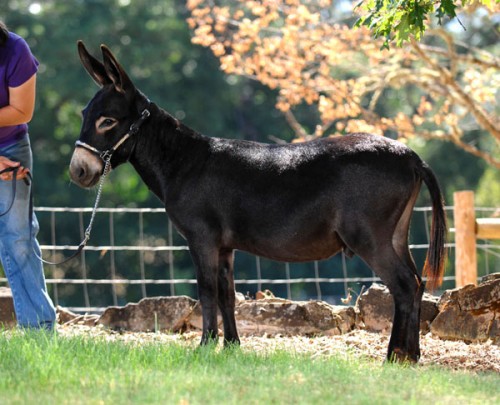 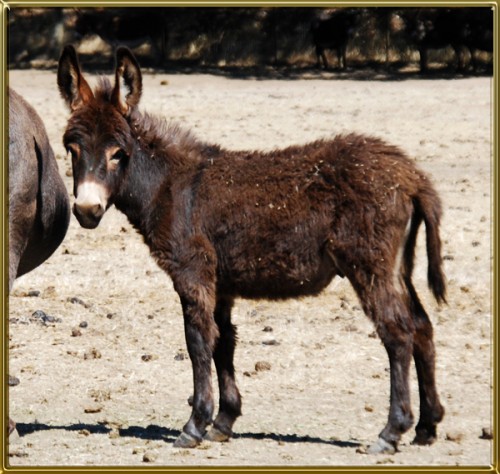 In 2013 Ezmeralda gave us BR Bandero. 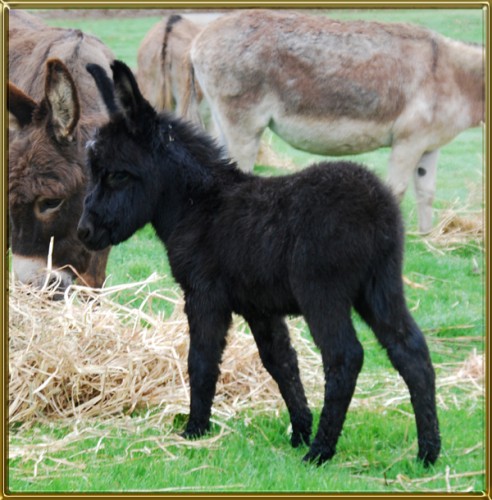 This is BR Calypso, Ezmeralda’s 2014 son by MGF Future Link.

Ezmeralda is currently in foal to MGF Future Link and is due April 2016.