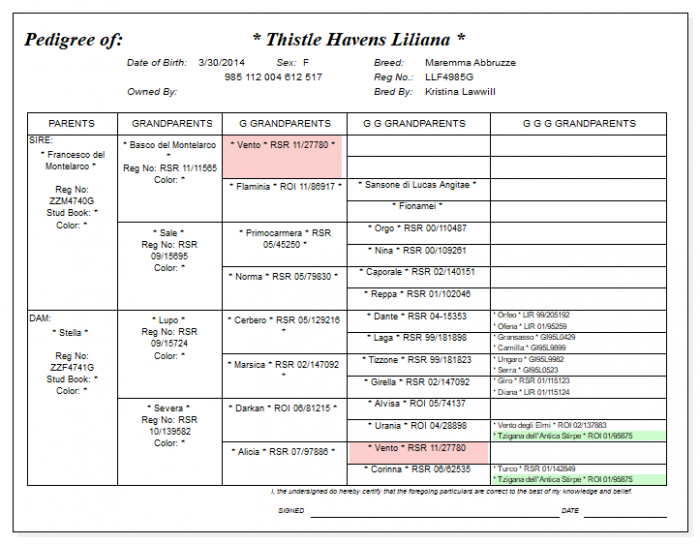 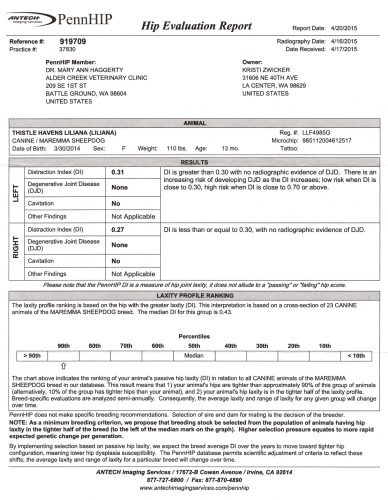 Liliana produced nine puppies sired by Centurion on 9/15/17. Due to complication post-whelping she has been spayed, so these pups will be her last. It’s shame, but I love my dog.
This was the safest choice for her. These are their PennHIP scores: 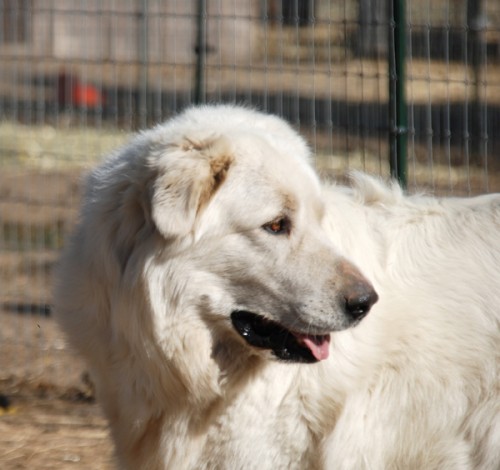 Lili’s beautiful face… Note: she scratched the skin on the top of her nose this summer, so you can see healing pink skin. She does have full dark pigmentation as can be seen in her other photos.

We were so very fortunate to be able to purchase this incredible dog. Liliana is a gregarious girl. She has been gentle and accepting with me and all the new kinds of animals she is being asked to guard. I am very impressed with her. At 130 lbs she is a large dog, with substantial, solid conformation. Both of Liliana’s parents are direct Italian import from working blood lines. This is important. That a dog carries imported blood lines does not necessarily tell the whole story. In Italy Maremmas are shown, so some imported lines come from show dogs raised in kennels, not from Maremmas out working in the hills with the sheep. 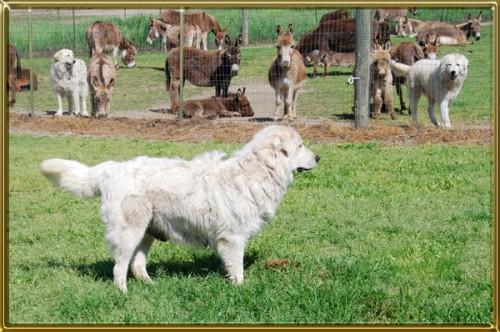 Liliana at work, with Centurion in the background 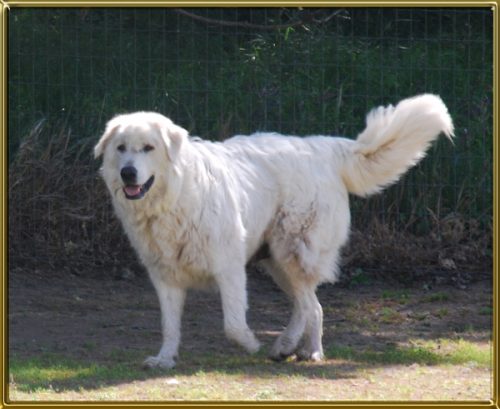 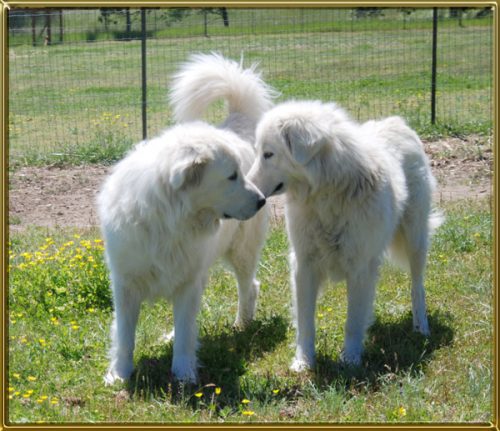 Liliana on the left – Tulip on the right.