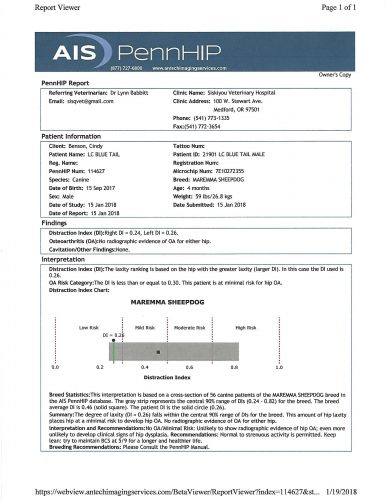 Armani is an elegant fellow. He is bold and friendly and shows a nice balance between puppy behavior and working behavior. He has handled all my training challenges well, and they are many, and is currently guarding miniature cattle with Marquise. He had lived with hair sheep prior beginning when he was four weeks old. I have done extensive leash training with him. I have used several different adult Maremmas for mentoring, and have asked Armani to work in several different fields of increasing difficulty. He has met all my expectations. 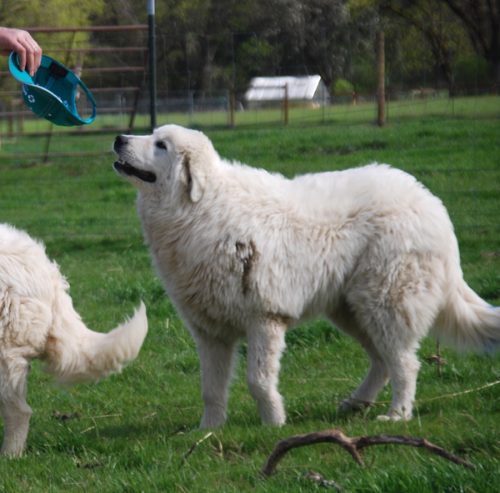 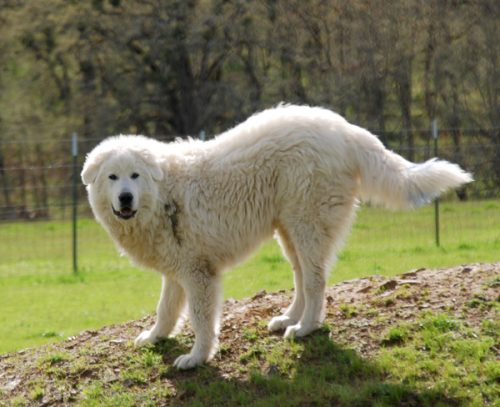 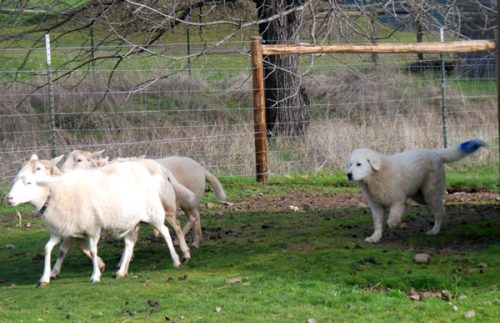 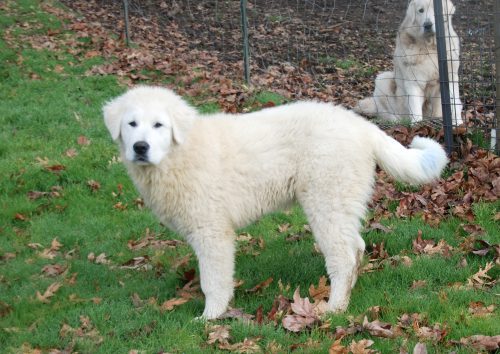