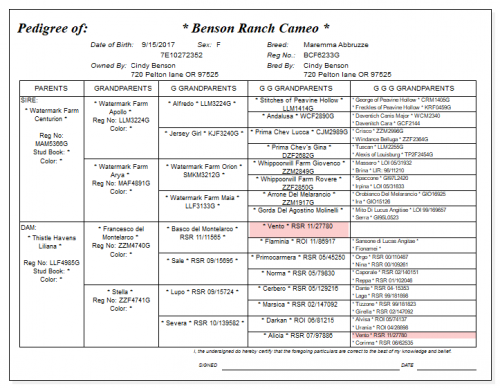 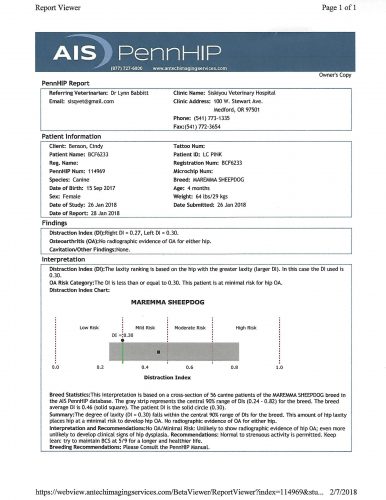 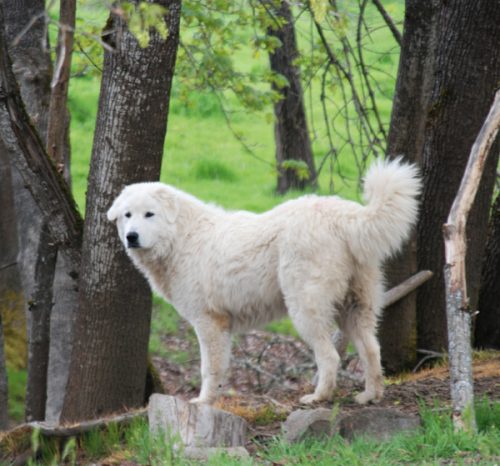 Cameo is what I oh so lovingly refer to as a “biker chick”! She’s bold and brassy and gives me a run for my money in that sometimes she’s a bit springy around the sheep, for instance, and if she’s having a really good time at sometimes it takes a big action on my part to draw her attention back to me. But when I have her sweet brain back and see that she is thinking again and not just reacting as a puppy does to a stimulating environment she’s solid. She LOVES to work and seldom daydreams or wanders. With participation on my part Cameo will mature to become a very capable guardian. I really enjoy my time with her as I learn more about how to structure her time to set her up for success. 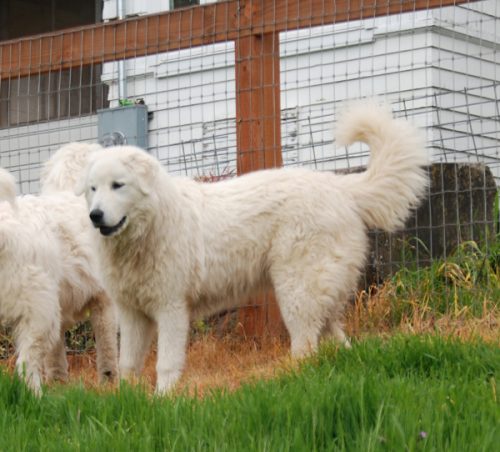 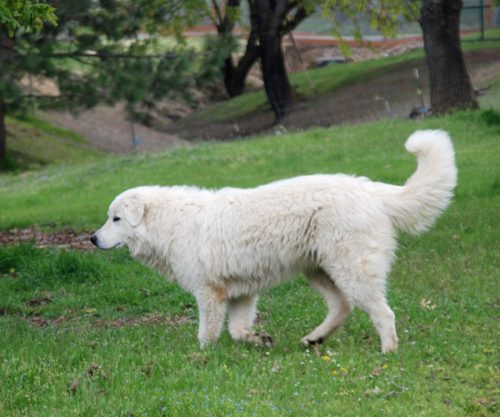