Marquise has been sold to MSCA President Deborah Reid 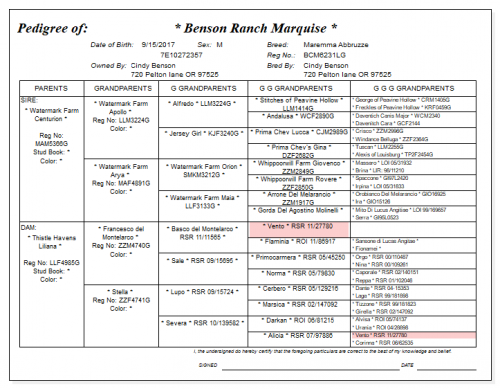 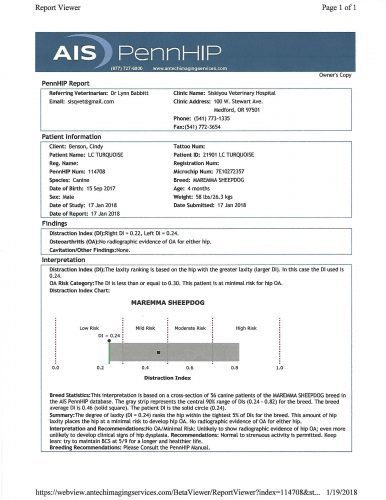 Marquise likes life! He is a social pup who meets every new challenge with enthusiasm. He’s a little bit of a tough guy at times but is very tractable and responsive. I like the “edge” he shows, as I think of it. This pup is looking for a lot of responsibility. He is a true, authentic Maremma in that he knows how to work, even at this very young age, and is sure of himself. I have really enjoyed working with him. Marquise is currently guarding miniature cattle with Armani. He had never seen cows before, and yet he just trotted right up and introduced himself. I was there telling him what good cows these were. He looked at them, and back at me, and then at them and had it handled. Off he went for a perimeter check with Armani and then settled in with his new cows. As with all my pups I have done lots of leash work with him and moved him from field to field. Marquise is a pleasure to live with. 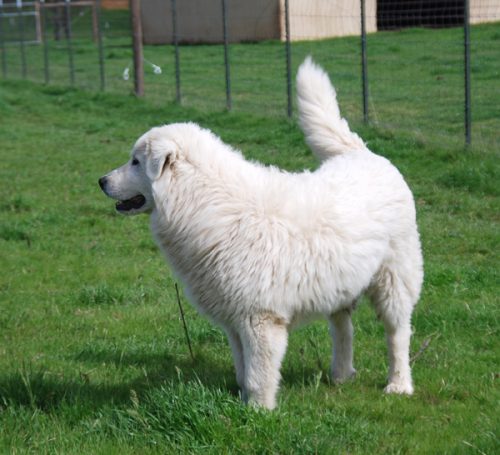 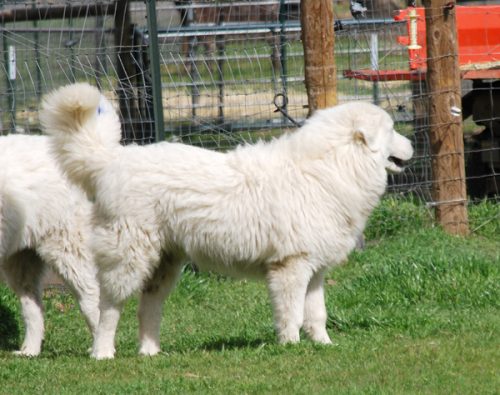 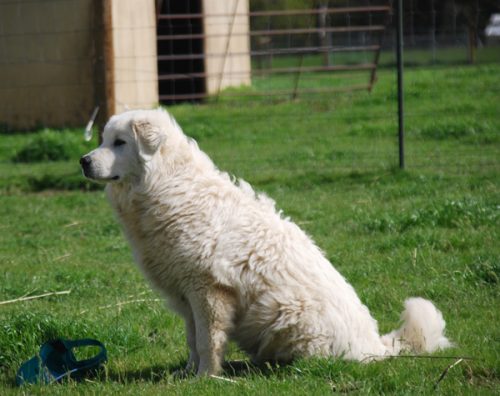 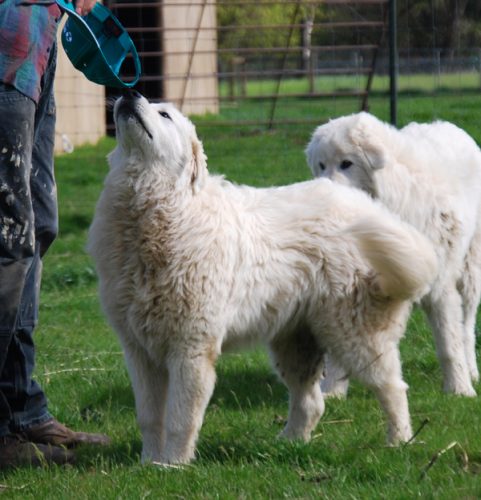 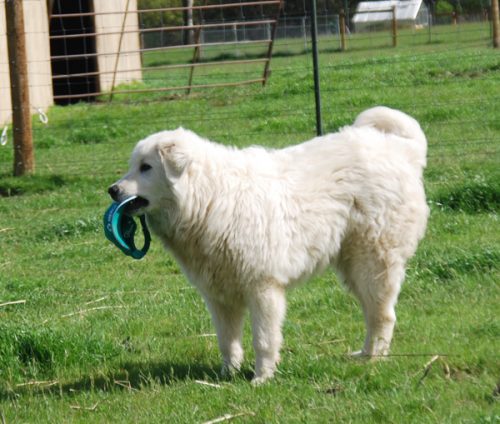